If your home has old or damaged circuit breakers, give the electricians at B&K Electric in Rhode Island a call for fast and reliable services. We’ve been in business since 2007, offering residential and commercial electrical services of all kinds. We’re locally operated to provide the attention you deserve but big enough to handle the most challenging jobs. Contact us for a free estimate today.

What Is a Circuit Breaker and How Does It Work? 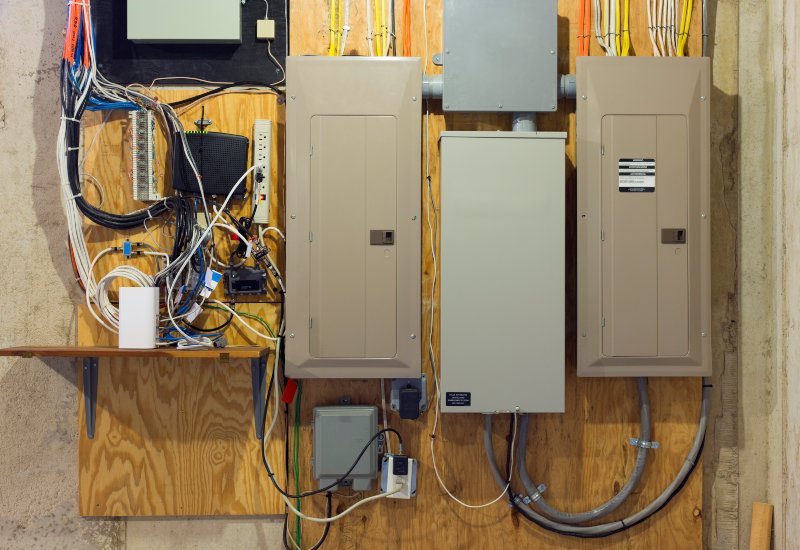 There are a few different types of circuit breakers found in buildings. Each one serves its own purpose and is used for specific reasons. We can help you understand which types should be used in your home.

Signs You Need to Repair or Replace Circuit Breakers

If you’re having problems with your household electricity, the first step is to call a licensed electrician like B&K Electric so we can identify the issues and assess the proper repairs to make. We are experienced in all types of home electrical improvements. Faulty circuit breakers can cause a variety of issues. If there’s one thing in your home you want to be sure is working correctly, it’s the electricity to avoid any fire hazard or potential situation that could lead to electrocution. You might need new circuit breaker installation due to:

How Much Does It Cost to Install a Circuit Breaker?

The cost of any electrical work will depend on the complexity of the task and the parts involved, as well as the time it takes to complete the job. After understanding what work your home needs, we can offer you a free estimate that will outline the costs.

Our team is fully invested in providing quality services from the initial estimate down to the final details of the job. If you’re looking for a personable and professional electrical company to take care of your residential work, we’ve got you covered. From knob and tube wiring replacement to indoor and outdoor lighting, we have an affordable service to offer. Our company is:

If your home in Rhode Island has electrical breakers that need to be installed or old ones to be replaced, schedule service with B&K Electric. We bring years of experience to every job and offer licensed services that meet current electrical codes. We can provide you with a free estimate, so you’ll know how much the work will cost before we start. Contact us to schedule an appointment or call for emergency service today.

Call us today for residential services!

SCHEDULE SERVICE
Back to the top